Too lazy to string a cable to my maisonette sleeping space under the skylight, I’ve been searching forever to find a good LED light to read by. I ordered one through the internet, which was PATHETIC.

Yesterday I bought two LED push lights for £ 1. 99 at a local hardware shop.

One of them is now resting in a structure made of a coat hanger, with the wire bend to just the right angle.

A light for half-a-penny under £1 – this must be a record. It also looks pretty elegant.

What do you think?

Other news – someone did a brilliant radio interview of me today and forgot to press the record button. As part of the interview I remember saying something like – things that go wrong send us on a detour, there may be something we need to pick up along the way.

I’ve heard of a place where they save your face forever, it’s called Facebook …

think of the skills acquired in a single lifetime …

to crawl, walk and feed yourself

find the balance to ride a bike

sink a nail, hit a goal, use force subtly

know the measure of things

ingredients towards a delicious meal

that animate and make your spirit soar

acquire the sensual intelligence to dance with objects

and intellectually – and not

swallow everything that is fed to you

look through the charade

and be your own person

get what you want without begging

dig rules and learn to play

and win a game

act and flow with the wave

realise the power of expectations

the beauty of ideals

intuit the flow of energy

recognise the power of the thought

you hold in your heart

What happens to the realisations

of a lifetime when you die?

What if you knew

that every understanding and accomplishment

is recorded on earth and in higher spheres

to enhance the past, present and future of lives to come?

My friend, Ruth, has an allotment which is an inspiration … 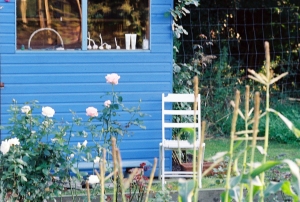 A memorable day of lovely light …

the heating kicks in

the screen lights up

and demands my attention

as in a child’s eye

when I trust the light

I switch it off …

at peace with unseeing

in wilderness without limits

when I trust the dark 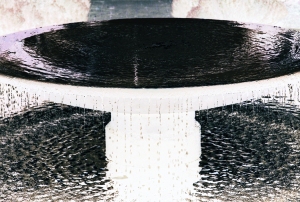 The nature of the soul is like glass, transparent, and when one side of the glass is covered it becomes a mirror.

The soul can be a mirror to the manifest world while covering the spirit world, and in this way gain outer knowledge. When the soul mirrors the inner world, it receives inner knowledge.

H. I. Khan suggests that mastery comes with balance, in the sense that one can then choose which reflection is required at any given circumstance.

A dark tale – as follow-up to super-ego monologues …

The phrase was boringly familiar, Johnny had heard it all his life, and it shouldn’t have mattered. After all, there was a special compartment in his mind where confusing feely things were safely deposited. He never gave much thought to the contents of this compartment. The term ‘silly,’ was just that, silly, though it was most peculiar that he should encounter it again and again. Why him? Why get himself over and over into situations where his words or deeds warranted derogatory comments, even though they were meant as a joke? Don’t be silly had become an endearment. In fact, playing silly was a role he had perfected. People like to be entertained. Only on rare occasions did he feel sudden heat rising to his head, like when his boss recently pronounced in front of his colleagues, ‘Johnny, the only reason you’re still here is because every office needs a fool … for balance, as it were, ha, ha, ha.’ Heck, he told himself, stuff it away and get on with life.

And so he did.  Johnny finally plucked up the courage to confess his love to Julia, a work colleague, and the girl he was smitten with. She laughed often and tended to take the sting out of snide remarks from his boss. ‘Don’t take it to heart Johnny; he’s having a bad day.’ When he made himself a cuppa, he would always ask if she wanted one too, if only to see her sweet smile. Today he acted – asked her out for a drink. Today was going to change his life. He even drank more than his regular pint of beer to fuel his courage.

The truth hit him like a sledgehammer. All she replied to his confession of undying devotion was, ‘Oh Johnny, don’t be silly.’

That instant the whole accumulated contents of compressed humiliations stirred most violently. His throat choked, his heart somersaulted. Alarms went off in his head. He rushed from the pub. On the sidewalk an elderly couple stepped aside, panic in their eyes, or was it disgust, pity even, the kind reserved for a drunk who had spoiled himself. Sod them. At the T-junction a group of youths loitered in front of a take-away. Why did he attract bullies like a magnet? ‘Hey fella, peed in your pants? Ha, ha. He walked fast, and faster. They sneered after him, ‘where ya heading, twat, home to ya mamma?

Home he went, his mama’s home, now a shrine. He hadn’t changed a thing, she’d know if he did. He wouldn’t want to upset her. She might stop looking after him. But was she, really? Was she looking after him now? Wouldn’t she want him happy and married? A little voice in him said – I don’t want to lose you to a slut.

But of course, don’t you see, Johnny, she likes attention, she likes to flirt, she likes her drinks paid. Bet she’s got someone to pay for her services, you know what I mean, don’t you? Men are her servants, the more the better, she don’t want them too close. She’s not after washing your socks, you silly fool …

The solution came in a flash. A cool plan presented itself like a template. The next time he saw Julia he apologised for rushing from the pub. ‘Forgive me, I don’t know what came over me, I’m such a fool. I hope we are still friends.’ She’d want to make up to him. That fool business would prick her conscience. And it did.

‘It’s me who needs to apologise. You’re a decent chap, Jonny. Tell you what; let’s have another drink, this time on me.’ Johnny was well prepared. They had a most charming evening. He offered to take her home, which she rejected, and he expected …

No need to go into the gruesome story; tabloid-sales hit a new record before the week was out. People love grizzly details. If there was one message Julia took over into her next life, it was, a smile too many can have unforeseen implications.

In prison, Johnny found his moral nemesis; a follow prisoner appreciated his crime. ‘You finished what I couldn’t. You’re my hero. ’

It was Johnny’s right of passage. The first compliment he ever received. Finally he’d done something right. Did his mother approve? Johnny never found out, his action had stunned her to silence, killed her voice … though it killed the little one in need of it too … 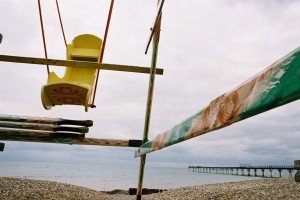