I enjoyed a week-long break, based in Gualchos, uphill from Castell de Ferro, Costa Tropical, visiting a friend I had not seen for some time. My son accompanied me, a rare treat, since his time is generally tightly booked with work.

The mountain villages in this part of Spain have a simple charm that appeals to me.  They attract strays, artists & creative souls, as well as gentle dogs & cats. During the summer months, swarms of starlings arrive, seeking trees and church towers. Their acrobatics are inspirational. 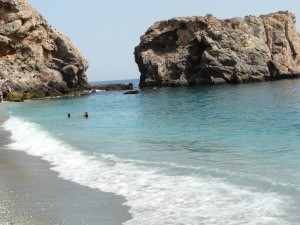 We swam & travelled through Alpujarra hills  to Lecrin, Lanjeron & Orgiva, and along the way visited a friend, whose life as a horsewoman and a jewelry-maker is an inspiration. I hope she’ll publish her amazing story one day. The place Rachel created is a paradise for all creatures – see the dog’s stylish abode below …

And then, of course, Granada … my second visit to the amazing Alhambra Palace and its beautiful gardens. 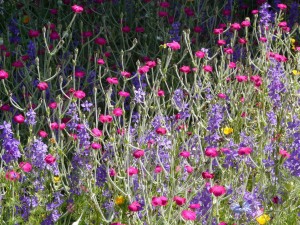 The night of Saturday 23th of June, as is tradition in Spain, fires are lit all along the beaches in celebration of Saint John the Babtist. We enjoyed them at Castell de Ferro’s beach, crowned by a waxing moon. One of my obsession is finding small washed up stones of all colours and shapes, including heart shapes.

We even watched last Monday’s 2:2 Spain against Morocco’s world cup football game on a TV screen in the local Plaza of Gualchos, where villagers gathered for drinks and cheers.

There were additional friends I would’ve loved to visit … thank you ‘Albi’ in Baza, thank you ‘Malcolm’ in Nerja. I plan to make space to meet you next time. A big Celtic Hug to Binah for accommodating us in her lovely home.

I sooo needed this holiday. For now I’ll let the rich patchwork of impressions settle. Flying is always a pleasure for me, being enamoured with clouds. But how land and sea are re-framed from the sky adds a surreal perspective on life. Now I must make good on a long-held  promise – properly learn Spanish. 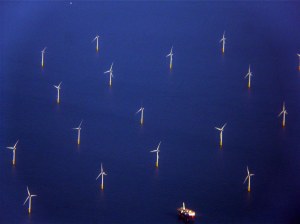 Oh, and in case you missed it – I started a Patreon site.

I’m not generally keen on these many special days we are meant to honour in some way.

However, with the media telling me today is designated to fathers, I’m duty bound 🙂 nah, I’m pleased to share images that are  iconic for the kind of love that filled the lives of my both my parents  The love of the Alps.

Many memorable weekends of my childhood were devoted to mountain climbing.

The image of my dad has a Caspar David feel. Yes,  my dad was a romantic, if a grumpy and defended one.

The magnificent range on the horizon is the famous famous Bernina, with Piz Palu.

My next post will also be about place, as a way ahead, or about making peace with where I am,  or …  It’s in the stars. My friends know I have an obsession with Spain, the Alpujarras. My son, I guess, wants to heal me of this obsession and has arranged a trip to visit friends. It would be a major shift at my age. The sheer stress of a possible move is of course both terrifying and exciting. We’ll see.

… have you ever cursed a door frame? …

… for hitting its edge with your toe or elbow? Are dense objects sensitive to our emanations, be they kind or malicious? Call me quaint, but when I collide with a door frame I apologise, press the sore spot to the point 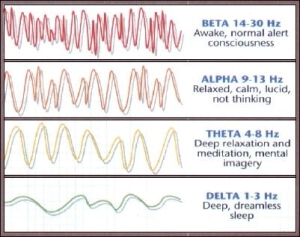 of impact and send the pain back, assuming the wood tolerates it better than my soft tissue. It’s a long-honoured small-scale experiment with disentangling subtle vibrations. It works for me – pain and swelling ease miraculously. Try it, for fun.

We accept that people, animals and plants retain the pulse of our attitude to various degrees, from shock to nonchalance, yet how about the rest of nature, down to solid rocks and stones? I assume my relationship with what I see, touch or think about is reciprocal, for better or worse.

As in receiving and sending waves, I converse with my body, with trees, shrubs, flowers and creatures. I caution spiders not to come near my sleeping space. I have heart-to-heart chats with my house, laptop, car, and all manner of things. I say thank you to what I value and depend upon and even use little mantras conveying something like – all is well – I hear you gasp. I do this to disrupt mindless automatic response patterns. With people, I admit, it’s way more complicated.

I reckon all known and unknown life is moved by a force we poorly understand. Call it by any name, god, spirit, psychic energy, the ghost in the machine, it is a power that works throughout the cosmos, including the things we create, like tools, art, furniture, buildings, machines, weapons, ships, cars, trains, planes, phones, computers. As we project our pleasure or frustration into gadgets and the autonomous functions programmed into them, nature’s energy currents flow and oscillate through all, the whole universe.

I conclude that nothing is dead, lifeless, artificial and of no consequence.

During recent centuries, western cultures developed multiple viewpoints. But what is happening to this wonderful diversity, given the hyper connectivity of the internet, where the masses turn for guidance, where people empowered by visibility offer opinions that swing back & forth in dramatic ways? Is this the dawn of a new tribalism that blanks out the unique contexts and realities of individual minds? One has to have one’s wits about these days.

In his time, Walter Benjamin wrote: ‘Technology, instead of liberating us from myth, confronts us with a force of a second nature just as overwhelming as the forces of an elementary nature in archaic times; our need for a practical philosophy of self-knowledge has never been greater.’

You see where this is going … autonomous technological devices will be no less interdependent than us, relying on social cohesion, the spin of politics, networks that harvest electricity –like, a solar flare could halt all digital utilities on this planet. So I wonder about it all, given there’s much we don’t understand about the forces that govern nature, and the input human consciousness has towards its geometry.

My Sufi friend, Fazal Inayat-Khan, said once in a lecture: , ‘Let us look at reality as a sort of operating faith, a sort of subjective, self-created assignment of realness … It is radiant intelligence which creates reality.’

Or, in another lecture: ‘The experience you have within yourself of your separate identity, to allow right and wrong to be re-defined by your singular contribution, is where evolution really happens. You, by becoming yourself, can open a new wavelength.’

C.G. Jung spent his life mapping the deeper structures of human experience, the collective unconscious, archetypes, and the shadow. Now that a collective mind is mirrored back to us, magnified on screens via the internet, it present an ideal opportunity to explore what is emerging for the collective psyche in the gap between recurring states of balance. 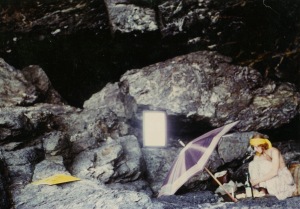 The flashing mirrors of the media blind me at times. Wary of the hive, I also like to belong. When fed up, in need of digestion, I retreat to a cave in my mind (once real) where I attend to what bubbles up from the unconscious in that zone between dreaming and waking, until I emerge from my cave into the light of a new reality, new beauty, new meaning and new questions.

This post is not about social, political or spiritual affiliations, but shares an attitude that aims at openness towards the unknown.

… “If we ever reach the point where we think we thoroughly understand who we are and where we came from, we will have failed.”  Carl Sagan