You’re sitting in front of the latest evolutionary creative gadget, your laptop screen, bored, uninspired, the familiar feeling before singularity strikes. You have an appetite for – you don’t know what – sweet – maybe – but not too sweet. You go to the fridge. A little pot says: pleasure is everything – give in to happiness – prudence is sooo 1658 – trust your impulses – break free – all hail to the Gu decadents – light and velvety chocolate mousse made to our chef’s family recipe … the text shrinks to list the calories, you don’t want to know … 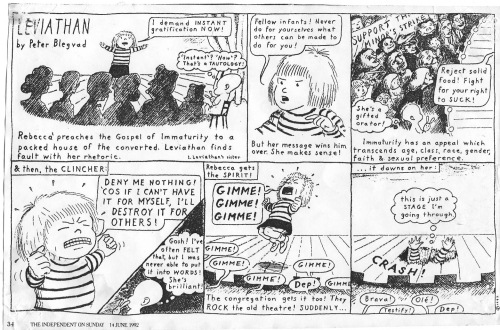 And Leviathan, the famous character in the bible?

Any hope of subduing him is false; the mere sight of him is overpowering

His snorting throws out flashes of light; his eyes are like the rays of dawn

… the never-ending story of creation …

He was clear-minded and ambitious, with precise plans for his career. We met at Munich’s Domicile, a jazz bar, where an intimate haze of smoke welcomed and embraced you like an accomplice. The cool gaze and pure intent of his grey-freckled eyes took exclusive possession of me. Jazz and smoke fused us. Our cellular resonance defied the gravity of committed brain cells and gave my heart wings. He moved into my flat, warning me upfront that on completion of his apprenticeship at the most prodigious hotel in town he would return to the States to put his culinary management knowledge to the test. He was going to own not just one restaurant, but a chain of them. He convinced on several points.

One: he totally and reliably engaged with what was before him. The moment he stepped through the door after his day at the hotel, the outside world was no more, only us, together. We showered, cooked delicious meals, listened to music and spent  most of our time in bed. The pure intensity of his presence ricocheted like a charge between us and left no room for anything besides. In this rarefied sphere, lovemaking became a cycle of small deaths and resurrections. Some of my friends had angry fits under the porch of my door, knowing full well I was home but inaccessible. My king-sized futon had become a sacred island floating in a vast ocean.

Two: he was a strategist, which, together with point one, makes an unbeatable combination for material success. But most of all, he understood branding, the powerful imprint repetition leaves in the mind. It happened religiously during our celebratory smoke after lovemaking and became a surreal ritual. With his thumbnail he cut a cross into the filter of his cigarettes. The cross was tied to a mantra he kept secret. I thought this was cute and took up the habit, inventing my own mantra.

Two months passed in eternal bliss of now, until the appointed time for his flight back to the States approached. I started hurting bad. He wanted no soppy goodbyes at the airport. He was not going to be tied down. Only when he had made a million by the age of 30, he said, would he focus on having a family. He left no address. For months I continued punching crosses into my cigarette filters to strengthen my ambition, and, inadvertently, remember him. It became an obsession. Only my mantra, unlike his, was not based on a strategy. And the branding thing annoyed me after a while. I favoured the meandering dance of a poetic life.

His clarity left a strong impression. Hopefully he found what he was looking for. I came to perceive my early ambition as metaphor, and owned up to a misspelling. The path my aim prescribed sharpened many skills, but was littered with Freudian slips that lead into emotional woods. And yet, looking back, every re-start, every detour in my life stimulated creativity and inventiveness, crucial unlearning, greater tolerance with myself and others, and a more symbolic understanding of my existence.

The ideal is the means – its breaking is the goal.   Hazrat Inayat Khan

I admired her calm, her mystery, unaware that she mirrored an enigma in me, hidden as yet under a muddle of neurotic insecurities. I didn’t have a clue who I wanted to be. She was a fellow art student, more mature than the rest of us. Her perceptions had a poetic flavour. Her contemplations surprised. I doubted the value of my perceptions. She was not beautiful by any means, with her dull and pockmarked skin. She was no 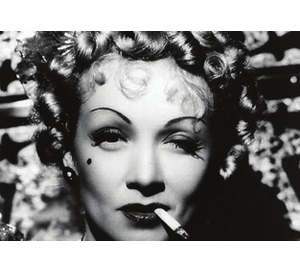 Her eyes, inquisitively curious, were like gleaming coals, deep set. And her movements were a little wooden, apart from one gesture that made her elegant – the way she held her cigarette, the way she cast her eyes upwards and inhaled with deep satisfaction, and exhaled what seemed like all her woes by lowering her head. I had the impression her unwanted thoughts and feelings were ploughed into the ground and recycled. Because after each exhalation she had a Zen-like presence.

I accepted my first cigarette from her and thereby initiated myself into the eccentric tribe of smoking connoisseurs. Our rituals saw us through tumultuous college years. Camel was the brand in fashion at the time, evoking the image of adventurous travelling – desert excursions, vast horizons and hermit-like independence.

It was my caterpillar phase. The eerie red light in the photographic dark room offered a solitude I treasured. Bending over the emerging images in the chemical developing bath I took pleasure in my seeing, my metaphors. The feedback from tutors, who assumed I had planned my compositions, confused me. I hadn’t planned anything. Things appeared as in a mirror …

I was webbing a secret chamber in which to connect up all the dots before meaning would unfold its wings. A kind of trance was needed for that process. Smoking provided the trance. For our group of students any significant discussion required smoke, voluptuous swirls and veils lifting upwards between us. And as the mind raced ahead of itself, excited by ideas, there was the sucking pause, obligatory, to invest a thought with significance before it was voiced along with feathery wisp, ghostly white and blue cyphers suspended against light.

Next Sunday, March 11, one year will have passed since Japan’s people experienced a wave of change through a devastating tsunami. Reflective times, especially for the many families who lost dear ones, friends, homes, livelihoods, and all those who were touched in one way or another by the traumatic events of the day, and all of us around the world who hold the images indelibly etched in our heart’s memory. May the healing presence of the divine illuminate our future … 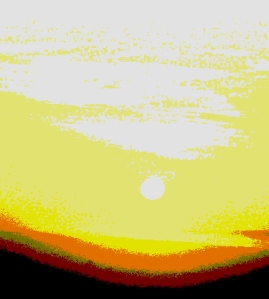 among a debris of homes

a field of rubble

faded snapshot of a child

splashing in a wave

sunlight in a puddle

a bird dowses its feathers