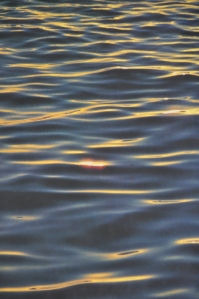 Having succumbed to waves of nostalgia, I’m unsure what will emerge next, which is fine for now. My father’s death at 99, while sad, is also a relief. During the last two years I’ve been on tender hooks, waiting for the telephone call, and the prospect of sorting and processing a left-behind-part of my life. As anticipated, the reality of it was exhausting. There’s no financial reward, since what’s left of my father’s estate will just about cover the bills. His furniture was too damaged to be accepted at auctions, and anything else of value he had given away to people whose support he appreciated. He resented me for not living up to his ideas, and I resented him for his total lack of support. He had fun, spending a fortune on years of luxury cruises around the world with his second partner. While often justified, resentment is entirely useless. I tried my best, so I’ll drop my misgivings and wish my dad’s soul a good journey onwards. It frees up my life. 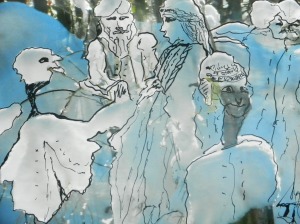 It’s ironic, because my Dad had artistic leanings resembled my own. We only occasionally clicked, for a short while, especially when he needed me, after which he retreated into his controlling paranoid mode. He may have been jealous of the self determining freedom available to my generation. I should add that his psyche was injured by the last horrific war.

Friends in Munich and other places were my rescuers. I deeply appreciate their existence. Around the world, we shared the magical April moon.

It’s an apt moment to remember a wondrous Sufi saying – ‘Everything matters, nothing matters,’ which, for me, means I have a choice as to what things matter to me.

Once the horizon clears, I’ll pick up my editing and writing, and attend to you, my WordPress friends, and my Patreon friends: https://www.patreon.com/user?u=10520241

In case you missed my daring venture, I took the courage to ask for support from people who value the sharing of my quirky reflections. A little support goes a long way. I’m still exploring how the Patreon platform works. Beyond regular postings, I’ll share more private stories and images there, and offer rewards that only Patreons can access. It’s given me a boost to have found two friends and supporters there – big cheers and a Celtic hug to them.

For now, here are some Haiku style thoughts on time and perception, to be continued …

… a glimpse of turnings …

each held in their private time

such as mayflies and drone ants

in the whirling waltz of spring

the whole of our life

may rise up as one in death

curving through our myths

the worlds without and within

where we deeply imagine

and create the yet unknown …