… the shock of disorientation – the unknown …

Change is the only reliable constant. I sometimes wished I could pledge my life to a convincing reality. For me, what is derived from facts or beliefs in our culture often lacks a vital ingredient – the acceptance of the continuous process of harmony unfolding from cycles of necessary chaos – so I watch the river flowing and imagine stories and create worlds. 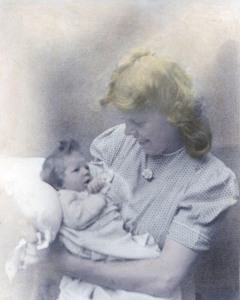 Though my childhood had its trials, I was lucky to be held during my early years, both physically and metaphorically, which gifted me with a sense of basic trust, a right to exist, a right to question, and a playful irreverence. Maybe this is why my little wisdoms play with facts and beliefs, dust the inner mirror, value what is emerging, the ever higher level of coordinates of truth and beauty, like a trajectory of the love I received.

For someone not held at birth, change can be dreaded, or seen as a means of escape from an unsafe environment. What we all have in common, is a longing for sufficient containment, and periods of relaxation.

Some years ago, I walked up the stairs of the Social Services centre where I worked. The building had two sections of offices that mirrored each other in design, with exactly the same stairway on each side. A lift in the middle accesses both sections. Being lazy, I usually took the lift up to the third floor, though I liked to take the stairs down on the far side. On this particular day I wanted exercise, and time to ponder a logistic problem. Steeped in thought, I headed for the staircase in sight. Arriving at my floor, I entered the office with its familiar layout and was hit by a sense of total disorientation. Wrong, all wrong, on my desk sat a row of bright, fluffy soft toys, not the company I had round my computer. In a split-second I noticed other irregularities, the quality of light – a smell of heady perfume. The entire atmosphere in this office was alien, the wrong music – alien to my expectations.

First thought – I must have time-jumped, returned from the past – my mother often marvelled at my vivid imagination. More laser-fast thoughts – perceptions are tenuous and dreamlike – reality is self-made and its boundaries are fragile. Calling in episodes of lucid dreaming, my fear switched to wonder, until I grasped the situation. With my thoughts dwelling in abstract orbs, I had walked up the wrong set of stair, expecting to see my desk, which was however in the other, mirror-part of the building.

Being sandwiched between two realities, the expected and the unexpected, the cognitive familiar and the unknown, tends to cancel time for an instant, long enough to escape the compulsion of identifying with objects or thoughts. Shocked awake, the mind is free and spacious, a delightful state.

Disorientation, if tolerated, can bring a sudden glimpse of unidentified consciousness in action.

Not discounting trance and meditation, or the vast variety of personal experience – mind and body work in synergy if we loosen up our ideas and learn to relax. In synergy the combined intuitive intelligence of body/brain and the collective mind brings us into resonance with a reality beyond our comprehension – the reflection of a universal order. Not a miracle.

As a child I once dived into a swimming pool. The brilliant sky was of the same blue as the tiles that lined the floor and walls of the pool, which would have been fine had I not opened my eyes under water – the blue world overwhelmed. I lost all sense of direction and panicked. With no way out, I instinctively shut my eyes, which calmed my racing heart and allowed my muscles to relax. My body naturally floated upwards.

I later learned, during experiential Sufi practices, that apt intentional exposure to situations depriving us of habitual coordinates, can prepare us to face change, the unknown, with less stress and more equanimity.

Have you had moments of disorientation – even if it was putting a cup to your lips expecting coffee and tasting tea?

The theme of ‘disorientation’ came up after recent posts by a blogger friend, Joe Linker (see blog roll), on Buckminster Fuller – his thoughts on synergy are powerfully relevant today – http://en.wikiquote.org/wiki/Buckminster_Fuller

… We are now synergetically forced to conclude that all phenomena are metaphysical; wherefore, as many have long suspected — like it or not — ‘life is but a dream’ …