… a cartography of the psyche … 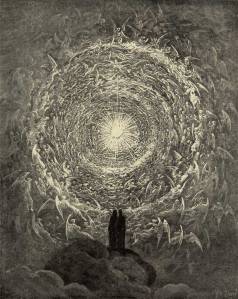 My novels (yet to be published) are inspired by transpersonal incidents I experienced, even as a child. Learning that I was not alone with my interpretations of what happened to me during so-called non-ordinary states of consciousness was a great relief, when during the 70s and 80s I explored, in practice and theory, the major maps of psychology. Jung’s ideas especially rhymed. After training with Psychosynthesis, my interest turned sharply to innovative transpersonal approaches, myth, archetypal psychology, and contemporary science.

People who inspired me were Abraham Maslow, Gregory Bateson, David Bohm, Joseph Campbell and others, many who happened to be among the same people Stanislav Grof met and was supported by when he devoted his life to map the experiences of non-ordinary states of consciousness.

For the first ten years Grof did psychedelic research in Czechoslovakia. By the 70s he had found a family of open-minded scientists and enthusiastic supporters at the Californian Esalen Institute. Since the use of psychedelics became illegal, he developed the Holotropic Breathwork, together with his with wife, Christina.

Around this time I found my own, smaller family of mind and heart in England, where Fazal Inayat Khan saw the huge potential of what was to be the transpersonal psychology movement initiated in Esalen. Fazal involved his students in experiential approaches to self-development, an endeavour that brought him into conflict with the traditional Chisti Tariqa his grandfather Hazrat Inayat Khan had established in the west as Sufi Movement, which Fazal represented at this point. I co-edited ‘Heart of a Sufi,’ a prism of reflections on Fazal by his students. Here is a previous post https://courseofmirrors.wordpress.com/2013/03/16/a-rare-book-now-on-line/

Grof sees global consciousness evolving through an increasing number of individuals achieving inner transformation, and considers symptoms of spiritual emergence (often seen as mental illness) as part of a healing process needing to be lived through, not supressed. This totally chimed with me.

Obviously, such a project does not attract investment. Shareholders look to own a brand, a patent, a method, a franchise. Many innovations are lost, since the way ideas and things hang together is not finite, but dance in ever new combinations. Also, in areas of specialised and fast-changing knowledge practitioners can become so absorbed with new discoveries and concept that they tend to forget about lay persons who might not be able to grasp the newly coined language, or won’t take the time to look at other fields of knowledge. A major insight may be broadcasted ahead of its time and spark endless quotes but no understanding. Some messages cry for a new context, where insight, beauty and meaning can be shared through passion, combined with apt metaphors, like a fine tune can travel through the heart and make it shiver with the recognition of new connections. Often it’s a matter of waiting for an idea to fall on fertile ground.

Assuming my readers represent a fertile island in this vast internet ocean, I would be amiss not to share what inspires and influences my writing. Few people are familiar with transpersonal psychology; let alone with the work of Stanislav and Christian Grof, so here a short (promise) introduction.

Born to parents that care for us, or not, into environments that encourage or hinder our development, usually both, we learn (hopefully) to understand that our attitude towards ourselves and the world is coloured by early experiences, and fixed further by our reactions to what happens to us. The psychological maze we lay down is difficult to walk away from, because it pops up from inside wherever we go. An interest in our personal history and the willingness to explore our behaviour certainly help to make life easier.

They are perinatal impressions, which don’t necessarily end in a triumph that promise self-confidence and later success in life. Western psychology does not take somatic imprints happening in the womb, during birth, and after birth, serious. The assumption is that the cerebral cortex of an infant lacks the myelin sheaths on neurons, so the brain can’t be sufficiently developed to record experiences, this, irrespective of the fact that memories reside in our cells and muscles.

The powerful non-ordinary states people experience during Grof’s perinatal holotropic sessions often relate to a time before, during and after birth. Participants report strong sensations and images of a mythological and archetypal nature that live in the collective psyche and significantly shape our individual myths.

From the people bringing alive perinatal imprints during Grof’s workshops, he has mapped the Birth Matrixes, which shed a bright light on symptoms medicine tends to label as psychotic and usually supresses with counterproductive drugs, whereas Grof looked at symptoms as a healing attempt of the psyche.

This fear of the imagination questioning accepted realities also explains the ambivalent attitude of our culture towards the arts, though it’s no secret that the archetypal myths populating our psyche inspire our most renowned artists.

To guide a person through a phase of psychotic or transpersonal emergency without suppressing drugs requires a paradigm shift that has, as yet, not happened, which is why Grof’s considerable data of experiential work has been tucked away in the transpersonal section of psychotherapy, seemingly too esoteric to grapple with. Early imprints, though decidedly physical, create powerful condensed experiences that draw upon themselves alike situations. Much like self-affirming prophecies, they constellate throughout every phase of life, from infancy to adulthood. Such early imprints are the source of the psychology and psychopathology of ecstasy. Please note – the types of ecstasies I show below, are only clipped markers and in no way convey the richness of the material Grof presents, which he divides into Basic Perinatal Matrixes (BTM 1, 2, 3 and 4) that include related psychosomatic problems and periods of depression people struggle with.

When feelings emerge during the remembrance of the birth process, be they nightmarish,like EdgarAlanPoe’s A Descent into the Maelstrom: http://en.wikipedia.org/wiki/A_Descent_into_the_Maelstr%C3%B6m  or blissful, like in Gustave Doré’s Celestial Rose, image above, the opportunity such symbolic images provide for deep psychological work is invaluable.

Given the complexities around birth, why are not all babies delivered by pre-planned C-section?  http://en.wikipedia.org/wiki/Caesarean_section   A fascinating page, if you have the time to read it. Knowing people whose delivery was pre-planned as C-section, I observe a surprising feature. If in trouble, they shout for help, and usually help comes …  expectation does its magic. When being whisked from the womb before the struggle through the birth canal commences, struggle is simply not familiar, nor, of course, the potential sense of liberation. By contrast, many people have difficulties asking for help, fearing the distress of not getting help. I include myself in this category. A recent comment I left on Jane Alexander’s blog touches upon a personal experience, an early imprint that had a decisive impact on my life. As an example, I elaborate …

… I patiently endure scarcity for long stretches, until the energy switches and everything happens at once. Then I tend to surrender to the flow, or I would feel overwhelmed.

When I was pregnant, I discovered a connection to these periods of extreme scarcity and abundance in my life, leading back to an incident after my birth. Knowing I was breastfed for many months, I asked my mother on the phone to tell me about my birth. She related my birth was long and exhausting. The midwife suggested my mother needed a break. She took me to another room where I cried myself to sleep. ‘It’s good for her voice,’ she insisted. But, of course, I must have missed my mother’s heartbeat.

While listening to this story on the phone, I observed the skin around a silver ring I was wearing turning black. Heat flashed through me, of rage, for which I had no words. By way of apology my mother said it hadn’t felt right and she should have resisted the midwife. Then she went on to describe how, next morning, I was taken to her very full breasts, at first acting stupid but eventually drinking until I could drink no more.

In later studies I learned about Stanislav Grof’s birth matrix maps, how condensed experiences draw onto themselves alike experiences, like self-affirming prophecies. Certain expectations are set up very early indeed. This made sense and helped to soften the pattern of my extreme life phases somehow.

So there – now you know my autogenic secret. In the end, our vastly different conditioning makes us into interesting people 🙂 not mass produced and pre-packed, as it were

Bringing to awareness the unconscious somatic patterns underlying our existence offers us choices to respond rather than react to situation. As a collective, we swim together in a psychic ocean that is both threatening and benign. We regress and progress together, each of us bringing our little light towards the expansion of consciousness. Let’s not buy into the shallowness of our material age, but keep the conversation going.

If you who would like to explore the maps Stan created, and the images that illustrate the in-depth experiences of people who encountered powerful feelings during a typical re-birthing experience – which enlighten the source of our idiosyncrasies and some of the most prevailing human pathologies, I would recommend Grof’s book ‘Beyond the Brain,’ Birth, Death and Transcendence in Psychotherapy, published 1985 by State University of New York. The book does not offer a simplified and popularised version of Grof’s work but significantly challenges our global policies, and the seriously outdated neurophysiological model of the brain, showing the reach of consciousness beyond time and space.

Incidently, yesterday I attended a talk called ‘the One who cannot die’ given by my dear friend Malcom Stewart, whom I wrote about in 2013 https://courseofmirrors.wordpress.com/2013/10/07/patterns-of-eternity-humbly-opens-your-mind /