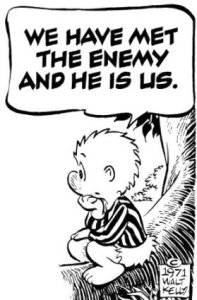 The timeless insight of mystics was frequently censured by prevailing orthodoxies and only available to a few scholars. But even though mystical writings have been made available over the last two centuries, readers form a minority. Meister Eckhart’s quote – “The Eye with which I see God is the same Eye with which God sees me,” – implies that we envision inherent archetypal ideals to then realise and embody them within.

In the projected mirror we may see love, kindness, compassion and forgiveness reflected, or, depending on our state of mind, we may equally see indifference, rejection and severe judgement. What if our goodness is not rewarded? What if love betrays and we turn anger inwards? What if we battle with resentment, find fault with everything and despise sanctimonious people? The same process applies; we absorb what is mirrored via our inherent imaginative power.

To direct the moral education of citizen, spiritual offences were formulated in Greek monastic circles and coined as The Seven Deadly Sins: gluttony, lust, avarice, sadness, anger, acedia (not to care), vainglory, and pride. Over time theologians made various changes – the sin of sadness became sloth, and then Pope Gregory reduced the list in descending order to: pride, envy, gluttony, lust, anger, greed and sloth. To counteract sins, virtues were advised as humility, kindness, abstinence, chastity, patience, liberality and diligence, qualities not easy to live up to from day to day. The deadly sins instilled fear and guilt … and left deep cultural marks, self-blame being the most destructive.

Self-blame makes for turbulent minds. Only scapegoats will ease the burden. Among all regulars a perfect scapegoat served Christianity well – Eve. The collective psyche contains not only unknown riches, but also stuff we disregard (much like the plastic that accumulates in oceans,) thoughts and deeds behind our facades we won’t acknowledge or take responsibility for, and instead conveniently place on the shoulders of suitable others.

“Projections change the world into the replica of one’s own unknown face.”  Carl Jung

Balancing Freud’s focus on pathology, Abraham Maslow studied self-actualizing people and outlined a hierarchy of basic human needs. His map suggests when an early need is not adequately fulfilled; narcissistic or psychosomatic symptoms may result, blocking growth. Little is up to us. Families rarely support this process, as they can be burdened by complexes and dysfunctional behaviour patterns from one generation to the next.

‘The proper time to influence the character of a child is about a hundred years before he’s born.’  – William. R. Inge

No wonder many of us resort to blaming circumstances, parents, state, strangers, or appease all by adopting self-blame. Then again, some people rise from grim circumstances and become inspiring people. What’s their secret? It’s my guess that a strong desire for gratification, bestowed by a non-personal archetypal calling, can empower us to transcend seemingly insurmountable obstacles.

The idea of deadly sins put the fear of hell in people. Sinner were not deemed worthy to enter paradise. But if we consider that human behaviours communicates intrinsic needs that seek fulfillment in the expanding spiral of evolution towards wholeness, the very idea of using sin as a threat is naive, and more, counterproductive. Here a short look at the deadly sins …

PRIDE – an excessive belief in one’s abilities and ignorance of the grace of God.

This relates to an evolutionary trend of our time, individuation – becoming who we can be – best attempted with the mediation of a healthy ego. This process happens mainly in the West and is frowned upon by fundamentalists whose ideals are fixed on heaven. Where tradition equates with identity, displeasing the expectations of family and state carries a risk of alienation. The challenge of freeing oneself emotionally, intellectually and spiritually then becomes heroic. It means sticking to one’s inner truth against all objections and raised eyebrows. It means regard for the potential that is emerging in oneself and others. I grok these words by my Sufi friend, from a lecture during the 1980’s …

‘The experience you have within yourself of your own separate identity, to allow right and wrong to be re-defined by you, your singular contribution, is where evolution really happens. You, by becoming yourself, can open a new wavelength. What you reflect immediately influences your environment, people close and far away.’ (Fazal I. Khan)

Those who break free from parental commands when their inner truth is compromised do not seek union in the womb, but aim to experience conscious union through embodying their ideals. Life brings along companions who recognize the authenticity and backbone it takes to walk this path, even if it seems foolish and brings no answers. Yes, pride may sneak in, but equally gratitude, humility, and acknowledgement of the interdependence of all life.

ENVY – desire for the status and abilities we see in others and want for ourselves. The need is to emulate, to find aspirations that resonate within. From early on we are looking for role models to reflect our potential. If such recognition is withheld or distorted, the need can take possession of us, with all the consequences of being rejected, belittled, abused, and feeling ill done by, until we realize our own resources. Ralph Waldo Emerson evokes in his essay on self-reliance a more helpful notion of envy:

There is a time in every man’s education when he arrives at the conviction that envy is ignorance; that imitation is suicide; that he must take himself for better or worse as his portion; that though the wide universe is full of good, no kernel of nourishing corn can come to him but through his toil bestowed on that plot of ground which is given to him to till. The power which resides in him is new in nature, and none but he knows what that is, which he can do, nor does he know until he has tried. – Ralph Waldo Emerson

GLUTTONY – a craving to consume more than is required. In simple terms it is a hunger that knows not what is seeks. And yes, it is bound to become an indulgence – a chasing after stimulation, information, speculation. Until the hunger knows what it seeks it will not be satisfied. The search is intense. In spiritual terms this hunger can develop into devotion.

LUST – a craving for touch, warmth, pleasure of the body and sex. The need underlying lust is a longing for intimacy and ecstasy. It often fails to satisfy, but behind the shadow of excess is the ideal, to be consumed, like the moth by the flame.

ANGER – results from frustration and is all too human. Sadly, when our existence is denied, or we experience and witness injustice, yet lack opportunities to express anger creatively, this powerful energy will make us ill or explode in rage. That said, even conscious resistance is a creative act. We are endowed with natural aggression to even make it here. Each one of us results from the fastest sperm, the one that made it. Oppression and cold rationality feed anger. If repressed, anger takes us over.

GREED is also based on the desire for recognition. If the experience of being seen, heard and appreciated is missing, we must find opportunities to succeed in something.

SLOTH used to be called sadness – brought on by a sense of meaninglessness. Change wants to happen but one is helpless to act. These days depression is a collective phenomenon. On a personal level not acting could be seen as fear of failure, though often it is the necessary dark phase for a kind of alchemy in the psyche that leads to new wings.

What if we have satisfied our basic needs? The horizon is never reached. Beyond every horizon is another. This includes the horizons of our mind, beyond which we hope to find purpose. We go on journeys, outer, inner, to find out why we are here. But the search never ends. We take drugs to kill this yearning, this question of ‘why’, because we can’t face that maybe the only purpose is the search.

‘The ideal is the means; its breaking is the goal.’ Hazrat Inayat Khan

And yet, the search liberates. The attachments we have to right and wrong, to good and evil, to our own importance, blocks our search for new meaning, prevents us from living with intensity. Our most precious and vital scripture is nature, life itself.

These thoughts were drafted eleven years ago. I would have liked to come up with a fuller gestalt to make my point, but presently I enjoy a holiday in psychic wilderness.

As do angelic spirits

Both hold their best truth

While we are mediators

In the psychic wilderness

An apple doesn’t drop by itself before it’s ripe. And unless fate delivers us a hard blow natural ripeness applies equally to experience. Experts are quick to tell us, or we tell ourselves, to let go of whatever – an attachment, a fear, a grievance, an addiction, a desire, melancholy, sadness, the ego, and so on, while we are enmeshed with our life and its phenomena. The best chance of ripening towards a possible potential lies in keeping one’s balance on the tightrope of contradictions, that is, the fine line between the particle state and the wave state – as in Blake’s ‘Kiss the joy while flies.’

Natural letting go happens every second. We breathe, well, we are breathed, though we mainly notice when the rhythm of our breath is disrupted – through pain, exhaustion, anger, anxiety, anger or sheer

exasperation, when anyone uttering, ‘Calm down,’ deserves a punch.

(Thanks Joe Linker for the great doodle)

Emotional balance wavers from day to day, but when self-blame knots up our muscles it makes sense to focus on the body. There are plenty of ways to relax: exercise, sex, music, singing, mantras, doodling, magnesium, weed, pills, wine … or to imagine brilliant light circling through the breath, like the basic drone of a reed harmonium or a tanpura holding up multiple sounds. Everything in nature has an essential frequency, which tends to flush out what obstructs its flow, even if it takes earthquakes, storms and floods. To right imbalances of the planet is beyond individuals, we can however bring a clear intention towards balancing our body’s frequency. Try this:

Imagine the out breath taking along the tensions held in your muscles. A few rounds of this ritual should calm the heartbeat for a while. Being in resonance with your body draws the shy soul closer, bringing a sense of oneness – satiating our thirst for belonging. And it makes us aware that beauty is not in things, but in the soul of things, even the tiniest thing has soul.

However, a constant sense of oneness is not what evolution is about. In a time and space structured cosmos we cannot cage harmony. Reality is the result of contradiction.

Our struggle for balance can be intense. But each of us has the chance to live with zest, inspired by the earth spirit and its dark power for spontaneous creation born of sadness and pain. Garcia Frederico-Lorca talked about art being inspired in three ways: by muses of the past, angelic visons of the future, and by duende – inspiration of the present. Duende springs from the core of one’s being in direct confrontation with death. You can read Lorca’s remarkable speech here: ‘Theory and Play of the Duende.’

… You do not have to be good.
You do not have to walk on your knees
for a hundred miles through the desert, repenting.
You only have to let the soft animal of your body
love what it loves …  from – Mary Oliver, ‘Wild Geese’