My father, a painter, photographer, recorder of village life, and dedicated outsider, has finally, at 94, surrendered a big chunk of his independence and moved into a smaller, protected environment, at the foot of his beloved Alps, of which he knows the name of every peak. He now lives in a small apartment, crowded by furniture and his memorabilia.

He never showed much interest in me. I should have been a boy, and I’m still trying to let go of this traditionally embedded rejection.

Due to my dad’s poor communication, the past returned like a big wave that threatened to drown me, because, whether we like it or not, we all emulate qualities of our parents. His image here is interesting as emblematic turning point. Unbeknownst to my dad, his skying skills were exploited. He was groomed by the army for Russia. While on a special training he saved the life of a girl, which is why he did not end up in the nightmarish march to Russia and instead worked as an engineer testing aeroplanes.

Thanks to a remarkable woman in the village (thank you Micha) who supported my dad with the logistics of the move during the last few weeks, all went smoothly.

Together with my son and his partner (without them I would have faltered) we sorted the chaos left behind, enduring a few days in the stirred up dust of my dad’s two relationships, the one with my mother, who died much too early, in 1987, and that with another woman, who my dad also lost to illness.

Thanks to marvellous hot sunshine, which allowed us to swim in the lakes and ponds of Bavaria, and thanks to the help of some wonderful friends in Munich and Aalen, the task was made lighter. A leaf I found (below) sums up my sentiments. 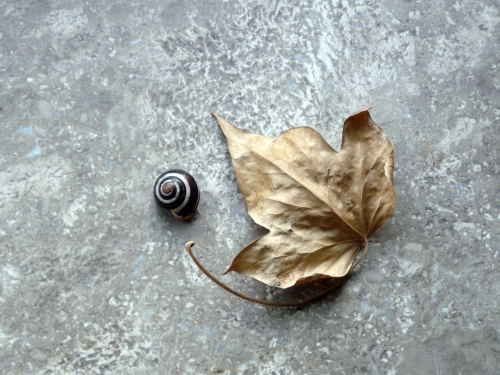 Where every ending appears

As a glitch in time …